Home > The Story Behind The Wreck

The Story Behind The Wreck

The story of Australia’s oldest merchant shipwreck is one of tragedy, survival and a remarkable discovery, that culminates in a truly history making brew – The Wreck Preservation Ale. In a ground-breaking partnership, James Squire has brought the world’s oldest surviving beer back to life. Discover the story behind this history making brew.

In 1796 the Sydney Cove set sail from Calcutta, India – her intended destination the young colony of Sydney Australia. A merchant vessel her holds were crammed with a speculative cargo of tea, ceramics, rice, tobacco, and more than 31,500 litres of alcohol. Alcohol was unofficial currency in Sydney and the young colony was hungry for it. But the precious liquid cargo didn’t reach its destination: in February 1797 the Sydney Cove sank near Preservation Island in the east of Bass Strait. All passengers made it ashore but were stranded in one of the most remote corners of the globe. Seventeen sailors set out to make the formidable trek to Sydney, 700 kilometres north, to seek help. Only three survived.

For almost 200 years the Sydney Cove lay forgotten on the sea floor. Then, in 1977, it was discovered by a group of amateur divers off the southern edge of Preservation Island. The area was declared a historic site and salvage began in earnest in the 1990s, led by marine archaeologist Mike Nash from the Tasmania Parks and Wildlife Service. Ceramics, leather shoes, cannons and anchors were brought to the surface, but the greatest treasure was found inside sealed glass bottles. Initial analysis revealed grapes, port wine and beer, making it world’s oldest bottled alcohol on record. The secure corkage and cool ocean temperatures had preserved the contents and this one-of-a-kind find was carefully stored at the Queen Victoria Museum & Art Gallery in Launceston.

Now, in a groundbreaking partnership between the Queen Victoria Museum & Art Gallery, the Australian Wine Research Institute and James Squire, the world’s oldest beer has been resurrected. Museum conservator and chemist David Thurrowgood made the incredible discovery. “I thought we might be able to culture yeast and recreate a beer that hasn’t been on the planet for 220 years,” he said. Taming this historic yeast wasn’t easy, according to brewer Stu Korch. “Particular care has been taken to extract and grow this yeast into a brew that enhances its unique characteristics.” But, through a process of trial and error, the impossible was achieved – The Wreck Preservation Ale.

The Wreck Preservation Ale is steeped in history. This unique brew is made from Old World yeast but very much crafted for today, brought together by passionate brewers and historians. The name is a nod to the island where the ship was discovered and the preservation of the yeast itself. The style is inspired by the beers that were being transported on the Sydney Cove; porters, small ales and IPAs. The result is a smooth porter-style brew that’s dark, malty, spicy and stormy. The Wreck is truly a once in a lifetime taste.

The Wreck Preservation Ale Collector’s Edition will be the only chance for beer lovers to own a hand-crafted bottle of the world’s oldest surviving beer made new. The Wreck Collector’s Edition – will be available exclusively for sale via Dan Murphy’s nationwide on 23 August 2018. With only 2500 bottles in production – you better get in quick. 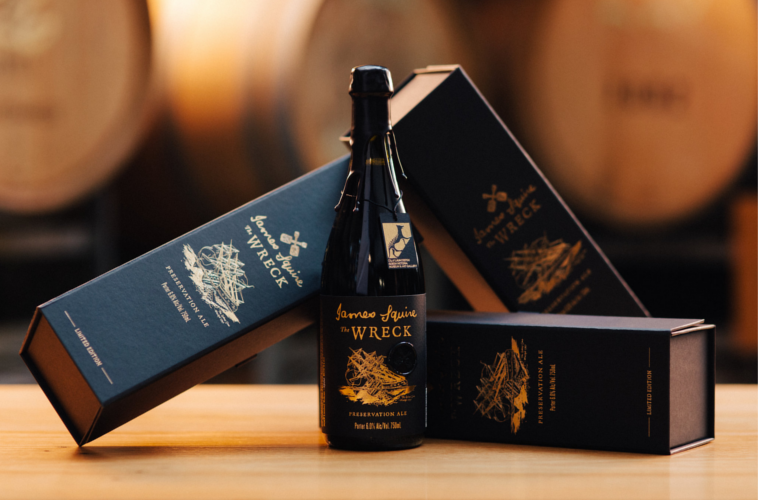 Due to popular demand, The Wreck is coming back on tap this August while kegs last. Find out where you can try The Wreck on tap here.

Two centuries ago, this beer never reached its final destination. Today, we like to think The Wreck has finally made its way home. 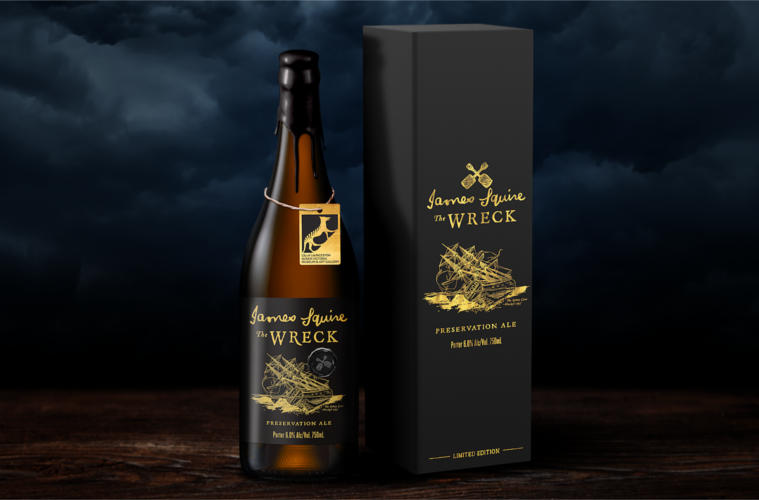